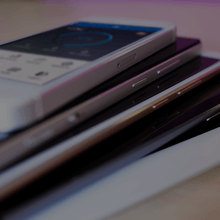 According to 'US Digital Users: The eMarketer Forecast for 2017', "As smartphones and data plans become more affordable than ever, they are positioned to become the default device for internet access. The number of these mobile-only users will see steady growth over the next few years, reaching 52.3 million in 2021." To corporate workplaces, this means equipping their L&D teams with learn-tech solutions that are mobile-centric and available to the learners whenever and wherever needed. A thought echoed by UpsideLMS, a world leader in LMS and a provider of technology-enabled solutions.

As a latest feature addition to its feature-rich, multi-award-winning Learning Management System, UpsideLMS extends its superlative User Experience (UX) on mobile devices through its apps for iOS and Android. This is in addition to UpsideLMS' multi-device, responsive learner side, which makes online, formal, and social/ informal learning available to all learners anytime, anywhere at their fingertips. Both, the mobile apps and the responsive platform, will be a part of UpsideLMS' standard deliverables.

"UpsideLMS Mobile Apps take UpsideLMS - the Learning Management System - a whole notch higher. To businesses, it means easy deliverability of training (in the form of eLearning, Assessments, Surveys, Reference Documents, and other Formal and Informal/Social training modes) to your employees. And to your learners, it means complete flexibility in accessing learning/ training whenever needed and wherever needed. True mobility!"

Some of the key features of UpsideLMS' Mobile App: