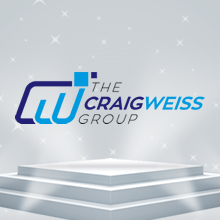 UpsideLMS, a learning provider of learn-tech solutions, has added another feather to its cap. It has now garnered the #1 Rank on Craig Weiss' recently published List of Best Learning Systems by Country (2018) for its comprehensive Learning Management System, UpsideLMS. Not only is this a great honor to an India-made, India-bred LMS brand, but it's also a perfect addition to UpsideLMS' 40+ awards and recognitions won from renowned organisations in Learning and Development.

UpsideLMS' proven expertise in tech-led learning is evident in its wide portfolio of solutions that includes a LMS (UpsideLMS), Mobile Learning Platforms (Mobile Apps for Online ? UpsideLMS Mobile and Offline Learning - UpsideMOVE) and a suite of ready-to-use Off-the-Shelf Courseware. UpsideLMS' roster of esteemed clients, such as Gulf Oil, ISS, Manzanillo International Terminal ? Panama, L&T, Doha Bank, amongst other blue-chip companies, is a clear testimony to its legacy of innovation in learn-tech for over 14 years.

What makes UpsideLMS one of the most awarded LMSes is its unique list of Key Features that are available as an out-of-the box solution at a price point that?s befitting for companies of all sizes and types. Below are some of the key differentiators that set UpsideLMS from the rest of the learning solutions: -

Craig Weiss is the CEO and lead analyst for The Craig Weiss Group, which provides analyst, advisory and consulting services to buyers and vendors in the industry. Named as the most influential person in e-learning and learning systems' industry, Craig Weiss has been around in the eLearning industry since late 1990's. He has served as a training director and a manager, and his experience in creating successful online learning programs gives him a unique perspective that is hard to find in other consultants and/or analysts.