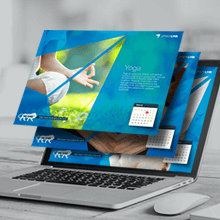 India has been riding high on the 'Make in India' wave since Prime Minister Narendra Modi took center stage in the Indian and world politics not too long ago. While a lot remains to be done to make INDIA a brand in itself, UpsideLMS, a world leader in LMS and learning-tech solutions, is paying a tribute to its homeland by releasing a FREE downloadable desktop wallpaper calendar for 2018 on India's Republic Day on 26th January.

"The objective of this calendar is two-fold. We hope that it not only fills every Indian's heart with pride every single day of 2018, but also strengthens his/her belief in the power of this great nation and the people of it. Happy Republic Day!"

The wallpaper-cum-calendar with 12 different images and corresponding calendars is based on the 'Make In India' theme and celebrates India's lesser-known gifts to the world. Each month showcases the inventions, the discoveries, and the brains that have 'India' at its soul.