UpsideLMS expands its API and Integration library to include the latest Apps, Systems and Tools 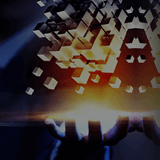 UpsideLMS' understanding of the needs of today's businesses and that of the tools that need to work in tandem with the Learning Management System for greater synergy and productivity has led it to build upon its API and Integration library. From new Web Conferencing tools to HRISs, CRMs and beyond, UpsideLMS' API and Integration library encompasses all the popular and commonly used tools, apps and systems by Enterprises, SMBs and Training Businesses.

"Powerful by itself, UpsideLMS gives businesses more bang for their buck by offering a complete and robust API system to perform any integration related to managing user accounts, courses and training materials, enrolling users, statistics, and much more, while reducing the manual efforts."

UpsideLMS' API and Integration library covers, but is not limited to:

These APIs help organisations in seamlessly integrating UpsideLMS with third-party enterprise applications for information sharing and managing various functions with ease. To ensure a secure data exchange between the API(s) and the LMS, UpsideLMS uses Advanced Encryption Standard or AES, which is a symmetric block cipher used by the U.S. government to protect classified information and is implemented in software and hardware throughout the world to encrypt sensitive data, is one of the most common securities used for APIs the world over. Further, being technology-independent, organisations can use any programming language or framework to integrate their system(s) or application(s) with UpsideLMS.

UpsideLMS' API and Integration library is available for viewing here